As I have often stated I love Style Arc Patterns - Chloe is a genius as far as I am concerned.  The patterns are a wonderful fit for my figure and I make them up as per the pattern with no alterations.  Another great thing about them is that they offer a freebie each month so my pattern ordering habits are dictated by what the free pattern is on offer.

The Heidi cardigan did not make the list when it came out and it was not until I saw Anne's, aka The  Clothing Engineer, version on her blog that I decided to order and there it sat.  Just recently we have had topsy turvey weather, temperature wise and I needed a top to add a little warmth but not too much and decided to try this cardi. 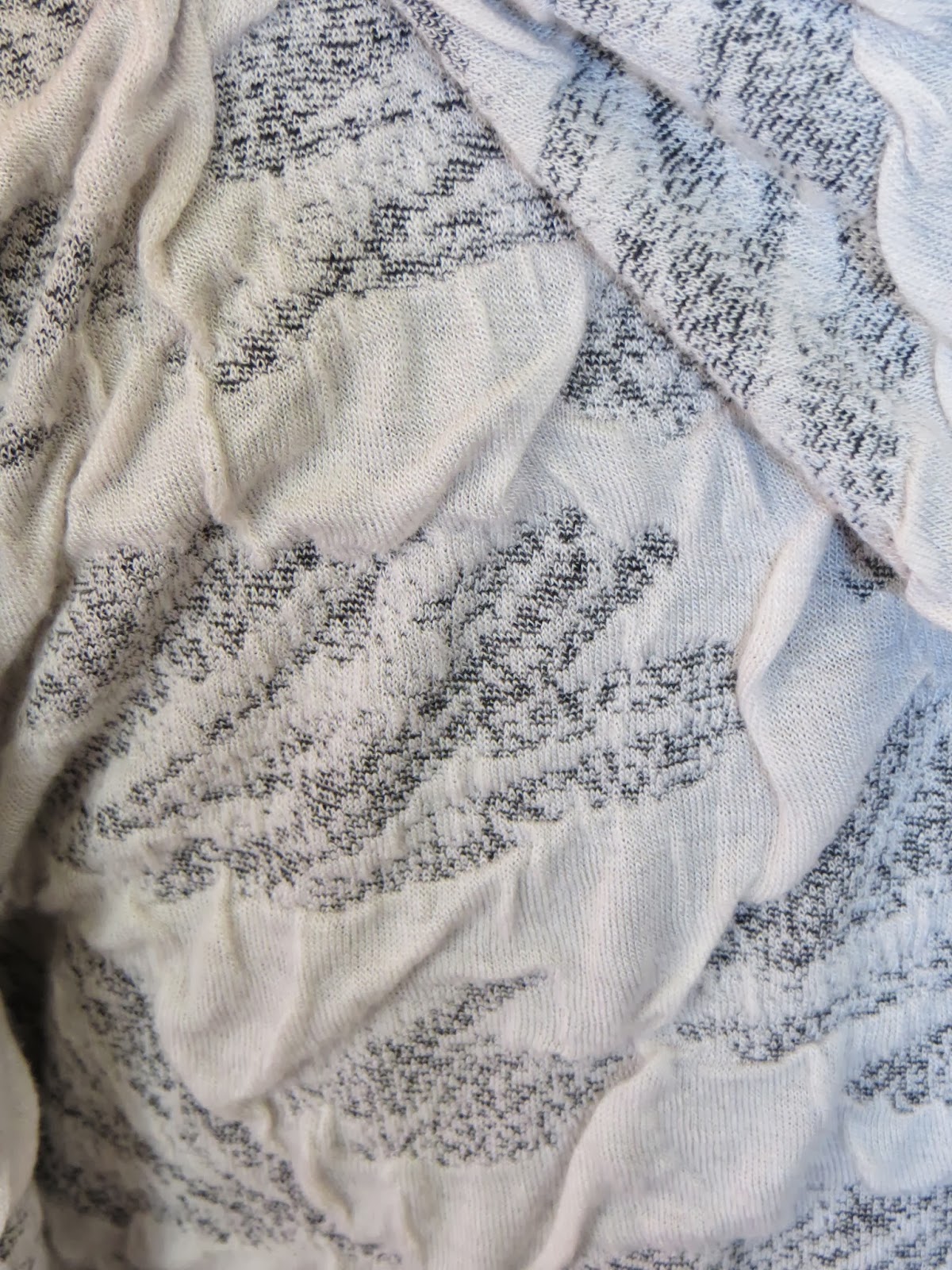 The fabric is from a new to me store in Hamilton called 'Backstreet Bargains' and is a creamy rayon knit which has been felted(?) onto a black nylon poly fine knit.  It is not possible to pull apart but the rayon is all scrunched up and makes for a great textural effect.  I cut the pattern exactly as is and originally was going to line the hood but did not have enough fabric due to not readying directions properly (Go figure DUH!), as it was I had to piece the front band to get enough length. 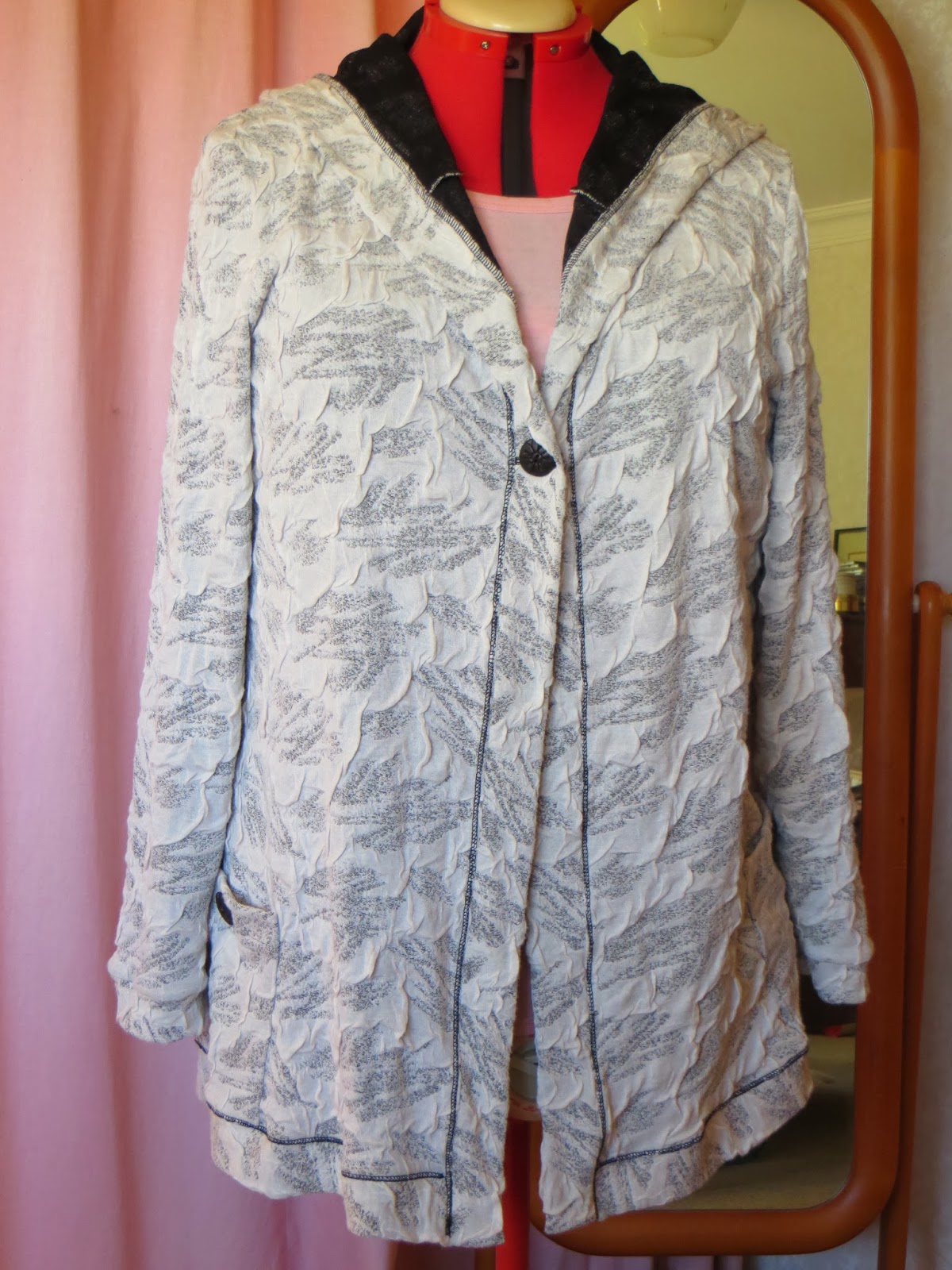 Once it was cut it was an easy job putting it together - I followed the instructions - sort of for the pocket and then just followed my instincts for the rest.  I overlocked the seams with my Babylock and then used the coverstitch machine to sew the band seams down and outline. 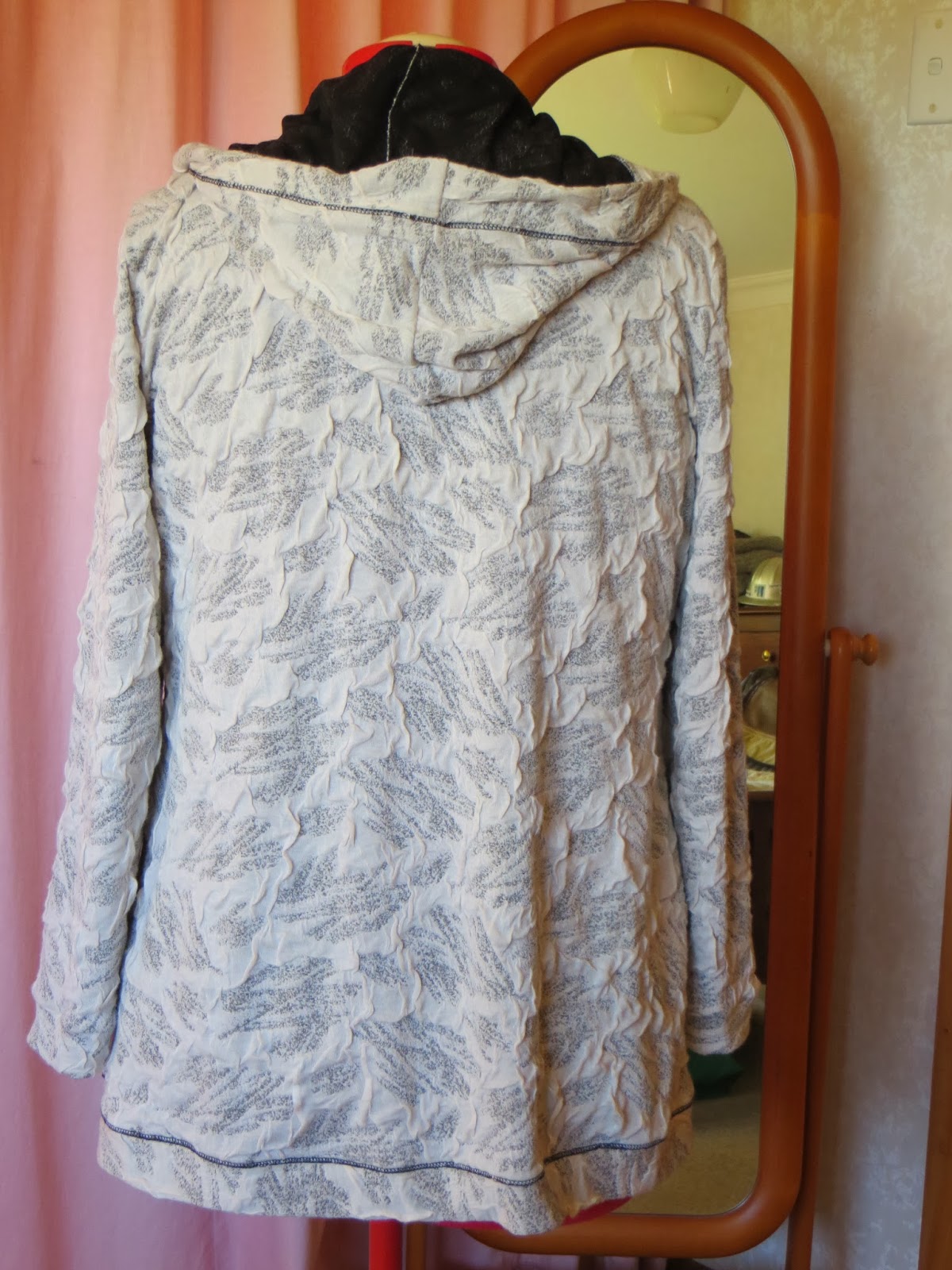 Initially I was only going to have the buttons as decoration as shown here on the pockets, my record of buttonholes in knits is not good!  However after wearing for an hour I found that I kept wanting to button it up so added a buttonhole, and successfully I might add. How did I conquer the problem of messy knit buttonholes?

On the inside band I used self adhesive stablisier and a wash away plastic stablisier on the top to hold all that textured knit in place.  The buttonhole was stitched using the Bernina stretch buttonhole programme and perfection was the result.  Well maybe not... it was a little long (easily solved just cut the slot the length needed) but has remained perfect through a few wash and wears.

I like the casualness of this garment and surprise, surprise, my DD and photographer now wants one for herself!! 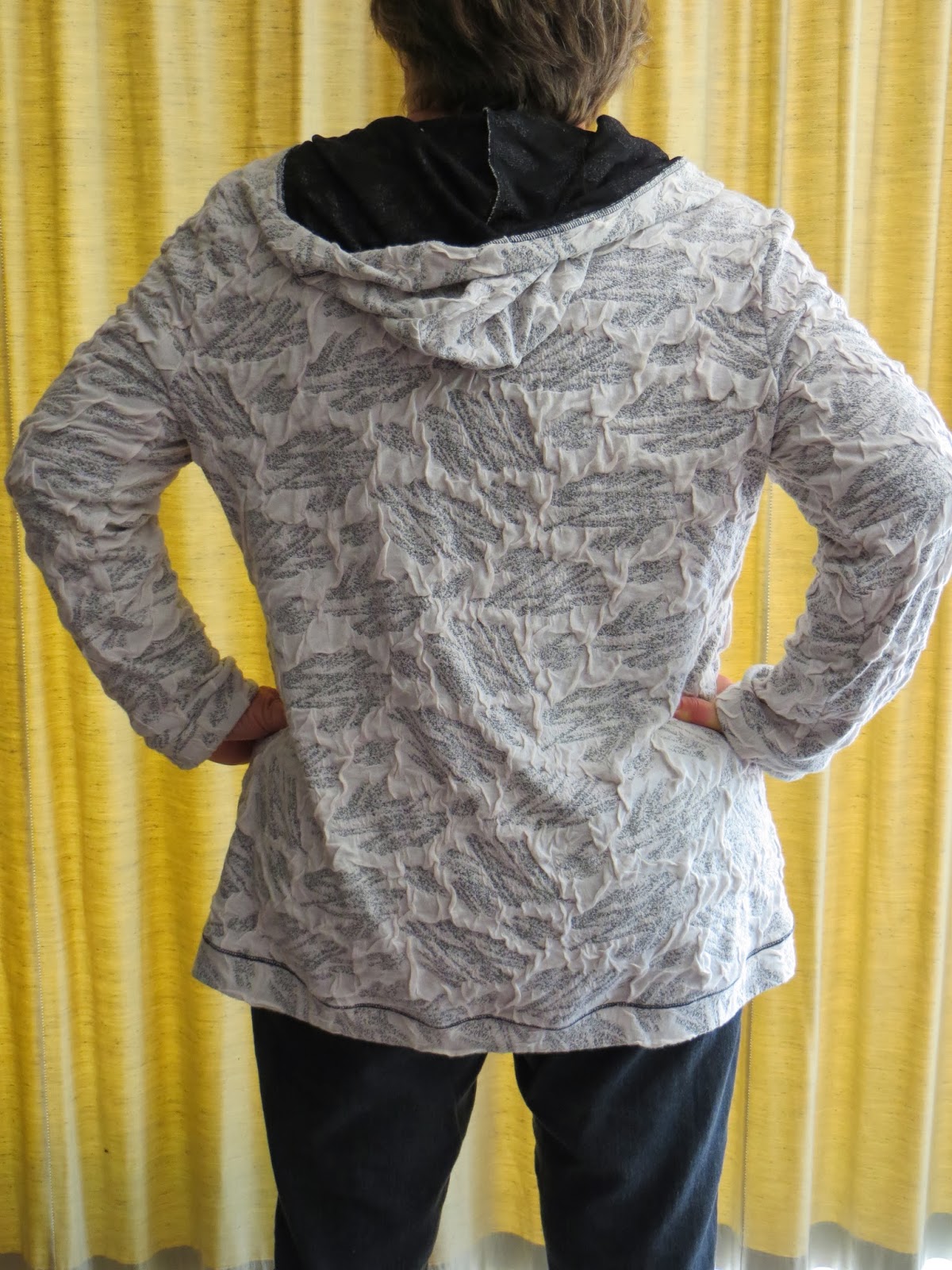 I like the loose casual style but will consider taking a little off the back as Anne also did for the next version. I highly recommend this pattern to you for a quick make with lots of versatility in the wardrobe.